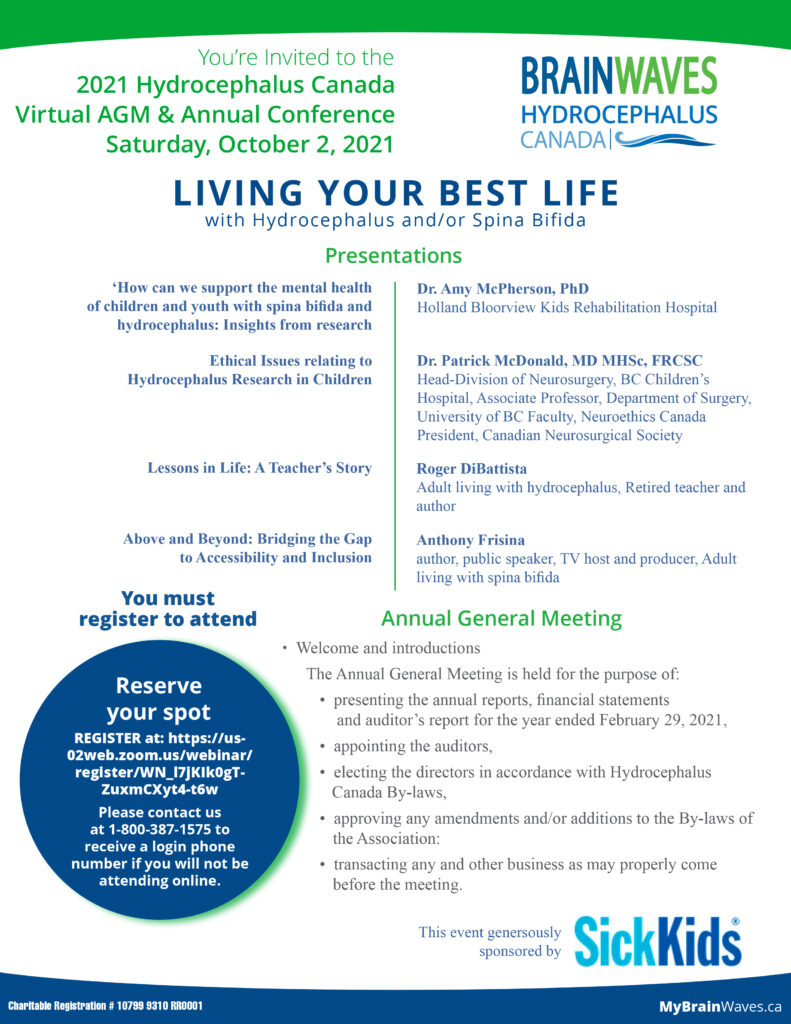 Amy McPherson, PhD: How Can We Support the Mental Health of Children & Youth with Spina Bifida & Hydrocephalus – Insights from Research
Dr. Amy McPherson is a Senior Scientist in the Bloorview Research Institute at Holland Bloorview Kids Rehabilitation Hospital, and Associate Professor in the Dalla Lana School of Public Health and Rehabilitation Sciences Institute at the University of Toronto. Amy’s research focuses upon health and wellness promotion in children with disabilities, with a particular focus on children with spina bifida and hydrocephalus. 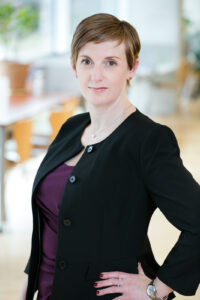 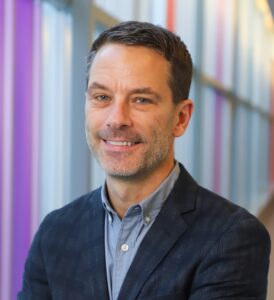 Dr. McDonald is the Head of the Division of Neurosurgery at BC Children’s Hospital and an Associate Professor in the Department of Surgery at the University of British Columbia in Vancouver, Canada. He was born, raised and trained in Toronto, obtaining his medical degree and pursing neurosurgical training at the University of Toronto. Following his residency, he was the Chief Clinical Fellow in Neurosurgery at the Hospital for Sick Children. After fellowship, he obtained a Masters degree from the Joint Centre for Bioethics at U of T. In 2016, after 14 years at the Winnipeg Children’s Hospital, where he started the program in pediatric neurosurgery, he relocated to Vancouver to be the Head of Neurosurgery at BC Children’s Hospital. He has recently returned to Winnipeg as the Chair of the Section of Neurosurgery at the University of Manitoba. He is a faculty member at Neuroethics Canada at UBC, Chair of the Ethics Committee of the Royal College of Physicians and Surgeons of Canada and the Past President of the Canadian Neurosurgical Society. His research focuses on ethical issues in the adoption of innovative neurosurgical interventions and neurotechnologies and conflicts of interest.

Roger DiBattista: Lessons in Life: A Teacher’s Story
Roger DiBattista is a retired teacher with the Hamilton-Wentworth Catholic District School Board. Diagnosed with hydrocephalus as a young boy, Roger spent most of his childhood receiving medical care and persevering through challenges throughout most of his educational career. Defying the odds and the predictions of his doctors all through his life, Roger graduated from high school and attended McMaster University in his hometown of Hamilton, Ontario. 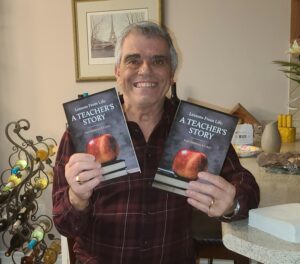 He received an Honours B.A. in French and Italian Studies in 1976 and in 1977 his Bachelor of Education Degree and Ontario Teachers’ Certificate from Ontario Teacher Education College-Hamilton. Roger has enjoyed a storied career in elementary education for 30 years and he has been an inspirational figure to his students, especially those with health and disability-related barriers. 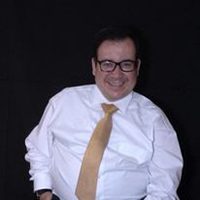 Anthony Frisina: Above & Beyond – Bridging the Gap to Accessibiliy& Inclusion
Anthony Frisina has a passion for accessibility and inclusion. He is driven by a community in Hamilton, Ontario, where he was born and still calls home today. Born with Spina Bifida. His message is “person first”. In his early years, a mindset he currently embodies in his everyday life.
“Adversity not only builds character it reveals it” and “It’s not about the amount of times you get knocked down, but by the amount of times you get back up” are two of his favourite quotes and they inspire the man he is today.
He is a Mohawk College graduate in Enterprise Business; Office Administration Executive and when not working at Mohawk College as a Student Services Representative at The Square, he can often be seen with his brand Above & Beyond. Under this brand he has produced and hosted a TV show in Hamilton under the aforementioned name, he is a public speaker, author, actor, coach, and consultant under his brand as well. In 2014, he was inducted into an elite group as a Mohawk College Alumni of Distinction. When not at Mohawk he can be found in his community representing the Rick Hansen Foundation or the Catholic Youth Organization in an ambassadorial role, after working with the CYO on capital fundraising, design consulting, and implementation on Ontario’s first fully accessible and inclusive park – Marydale Park. In early 2021, he was recognized as a member of the Order of Hamilton for his volunteer work in Hamilton making it a greater place for all Hamiltonians to live work, and play together where is principles shortened to the acronym M.I.I.C.E.E. Motivation, Inspiration, Innovation, Celebration, Education and Empowerment stand as the mantra that is driving force behind Above & Beyond.
www.anthonyfrisina.ca and info@anthonyfrisina.ca for more details.